Is there an asexual in the House? 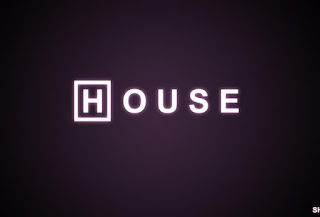 A recent episode of House featured a married couple who identified as asexuals, people who lack a sexual orientation towards women or towards men (or towards anyone/anything else).  As the character explained to Dr. Wilson: They were not celibate—they were not choosing to supress their sexual attractions. Rather, they did not experience sexual attractions.  Asexuality was their sexual identity.  House doesn't buy asexuality as an identity and bet he could find a medical reason that would explain their lack of sexual desire.  The asexual community (yep; there is one) greatly anticipated the episode: It would be the first time their identity would be described to such a large audience, addressing the big question: Is asexuality a sexual orientation?


My favorite line of the episode cleverly captured a question common across so many atypical sexualities.  It came from Dr. Wilson, in the opening scene, in the exam room, after the patient finished explaining to him exactly asexuality was.  Then, in his lab coat, holding his pen, and staring at his clipboard:     "Not quite sure what box to check here..."

Ultimately, House discovers that the patient's husband had a prolactin-secreting tumor that suppressed his sex drive, while she finally admitted to merely going along with the asexuality for his sake, being that she was satisfied by all the other aspects of their relationship (and by keeping a sex toy at the ready).
Asexual bloggers were not amused.  From their point of view, they were already having enough trouble getting anyone to believe that asexuality was a valid sexual orientation, and House's outcome didn't help.To me, the question Is asexuality a sexual orientation? is a bit of a red herring.  Scientifically, the term has no universal definition; it differs across scientific contexts.  Some writers have used the term to mean attracted to men versus women versus both—but the continuum from male to female has no place to fit neither.  (Thus, this definition would suggest asexuality is not, technically, a sexual orientation.)  Other writers have used the term more broadly: For them, sexual orientation refers to one's fundamental sexual interests in general: men, women, amputees, rubber boots, or whatever.  (This definition would seem to have some more wiggle room in it.)  But when we ask Is X a sexual orientation?, what we generally trying to ask is Is this an in-born, life-long, unchangeable trait?  For that question (the more interesting one, to me) not all of the jury is back.  There do exist medical conditions that cause a loss of sex drive, and they can sometimes go undetected.  Not everyone who uses or identifies with the word asexual may mean exactly the same thing by it, and being able to distinguish a lack of sex drive from a lack of sexual attractions can be a tricky business.