How realistic was the sex addiction in Shame? 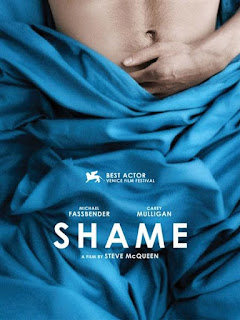 I went to the theatre already pretty cynical about big-screen depictions of hypersexuality (my preferred term for the phenomenon). On the one hand, I've seen very many people in my clinic seeking help in controlling some aspect of their sex life. On the other hand, I have read very many commentaries about what hypersexuality means, usually based on hypotheticals or tid-bits from celebrity cases. None of those discussions, however, ever seem to describe the actual people I see.

So, popcorn in hand, I was expecting a re-telling of a daytime, self-help cliché: abuse in childhood, causing addiction in adulthood, hitting rock bottom, resolved by confronting past abuse.  (Probably followed by falling in love for the first time, after finally completing some period of sexual abstinence.)  Instead, I saw situations very close to what I do see in therapy.

Most of the discussions I have read, of the movie and of hypersexuality, focus on the sex itself.  But Shame made another, much more important, point.  When it comes to hypersexuality, we have a habit of falling into frank judgmentalism, deciding whether self-identified sex addicts deserve any sympathy.  The issues usually under the microscope are those such as whether sex can count as an addiction at all and whether sex being out-of-control is literally out of control.  However, I suspect those are just different ways of trying to get at the same thing: deciding whether to devote our sympathies.

To its great credit, Shame takes us past all the actual sex to bring our attention to what rarely gets any airtime at all: Sullivan is in profound pain, not perpetual orgasm.  Rather than bringing joy, sex brings (at best) momentary relief or distraction from unhappiness.  Although most men would imagine delight with so much sex, Sullivan is instead in so much pain that even that much sex cannot make up for it. 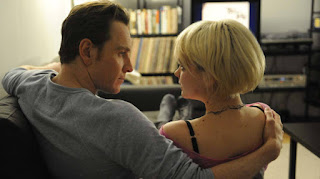 I was also impressed by the characterization of Brandon's sister, Sissy (played by Carey Mulligan, also brilliantly).  Together, they showed the two sides of what many experts consider the same coin: Where brother has boundaryless sex, sister has boundaryless relationships. (Among sex researchers, males' leanings towards the physical and females' leanings towards the social has been interpreted as what makes men more vulnerable to sexual problems and women more vulnerable to emotional ones.)

There is still only very little science about hypersexuality, and we have not yet worked out even a shared vocabulary.  Until then, we can continue to debate the nature of hypersexuality and its meaning for society, for ourselves, and for mental health.