It’s easy to forget how little we know about paraphilias

On a listserv I belong to, mostly of psychologists, someone described a man who was sexually aroused by touching the plaster cast of persons with a broken limb. The psychologist wondered whether the patient’s behavior should be called toucherism (sexual interest in touching an unsuspecting stranger), whereas other psychologists in the discussion argued for acrotomophilia (sexual preference for amputees). 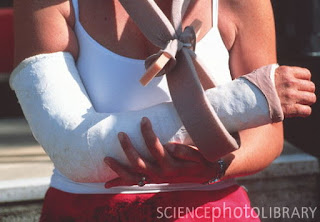 Similar debates are often had for the boundaries of other paraphilias.  I find most such debates to be uninformative, however.  With only few exceptions, such as pedophilia, the state of the scientific literatures on the paraphilias is not sufficiently advanced for making any clear demarcations around them.


Although it is rarely made explicit, opinions about whether a case fits in one or another category follow from what the clinician sees as the most important feature (or, more typically, the most dramatic feature) that makes the paraphilic interest distinct from typical sexual interests: To the toucherism-thinker in the above debate, it was the touching of the an unsuspecting stranger that was the defining feature of the patient’s sexual interest; to the acrotomophilia-thinkers, it was the lack of a healthy limb that was the defining feature. In truth, however, we do not know which behavioral feature of a paraphilia is its defining one, if any at all.

The defining feature may turn out to be some purely neuroanatomic characteristic, with the content of the person’s sexual interests actually having no taxonomic value at all. A behavioral construct is defined by its etiology, course, and response to interventions, not by the end points which happen catch our attention. With a broken steering wheel, it doesn’t matter which tree the car hits; we are nonetheless certain the car wasn’t going to stay on the road. Because our knowledge of these facets of the paraphilias remains primitive, we have little scientific basis for placing taxonometric boundaries.

At our present state of knowledge, the purpose of categorizing the paraphilias is entirely descriptive, using the labels as short-hand indications of the person’s sexual interests. In the toucherism/acrotomophilia example, neither “toucherism” nor “acrotomophilia” accurately described the person’s paraphilia. Toucherism, as used by clinicians and sexologists, fails to note the interest in cast, and acrotomophilia refers to a limb that is missing, not merely injured. (Acrotomophiles are very aroused by the sight of a stump).  I believe that all such terms are unhelpful.  In practice, I would use DSM’s catch-all, “Paraphilia NOS,” and briefly describe the actual paraphilic interest.

We cannot yet say whether this is that.  We don’t actually know what this is.